Apple is offering a Rs.3,900 refund to customers who paid full for iPhone battery replacement

Apple is offering a Rs.3,900 refund to customers who paid for an out-of-warranty battery replacement for iPhone 6 or later devices between January 1, 2017, and December 28, 2017. In-warranty iPhone battery replacements are not eligible for refunds. Apple is apologetic for undisclosed throttling of iPhone’s

These refunds are only eligible for battery replacements that were completed at an Apple authorized service location such as Apple Store, Apple Repair Center, or an Apple Authorized Service Provider.

Apple says the refund amount of Rs 3,900 will be provided as an electronic fund transfer or a credit on the credit card used to pay for the battery replacement service. And customers who are eligible will be contacted by Apple through email between May 23, 2018, and July 27, 2018, with instructions on how to obtain the credit.

In case you haven’t received the email, despite being eligible for the refund, you can contact Apple before December 31, 2018, with the proof of service at an Apple authorized service location to claim the refund. However, in-warranty iPhone battery replacements are not eligible for refunds.

The refunds are an initiative stemming from Apple’s announcement on December 28, 2017, reducing the out-of-warranty battery replacement price for iPhone 6 or later devices, effective through the end of 2018.

The battery replacement price cut was the result of the infamous “battery gate” controversy, where Apple was found out for slowing down older iPhones that have low-capacity batteries.The controversy originated after Geekbench developer John Poole discovered that Apple has introduced throttling of performance in older devices through OS updates.

The company claimed that their goal was to deliver the best experience for customers, which includes overall performance and prolonging the life of their devices, and throttling was done to prevent the device unexpectedly shutting down due to degraded batteries.

Apart from the battery replacement discount, Apple also introduced a Battery Health feature in iPhone through their latest software update, that will allow users to turn off performance throttling. Source. 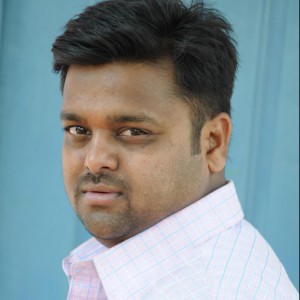 Arun Prabhakar immensely interested in following Windows and other technology developments. Being passionate Windows blogger, he loves to help others on fixing their computer issues.

Get notified about new articles